skip to main | skip to sidebar

I bought a new handbag

Yeah, so? Well, the last handbag I bought in Barcelona. I was last in Barcelona in 2006. Not that I had been using the handbag for 10+ years - I had to wear out the handbag that came before Barcelona bag. (Where exactly was Barcelona bag bought? Not sure - but somewhere on this map (we had dinner at Taller de Tapas when we bought it; if I'd known I'd want to blog about it over a decade later I would have kept better notes!): 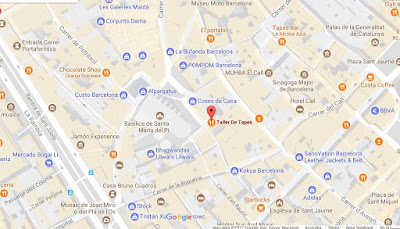 But Barcelona Bag was becoming an embarrassment and had to go. But only when I found the right one. And it was right under my nose - in a shop in Sydney next to the suburb where I used to live. I owe Sarah for telling me to go in and have a look. 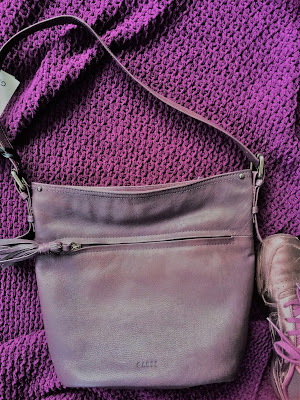 And it is my favourite colour (note matching shoe)!

And luck it was, as I was set on getting a bag that had at least 2 internal pockets (in addition to zip pockets and a phone pocket. And it didn't. But that was soon fixed. I made a handbag insert: 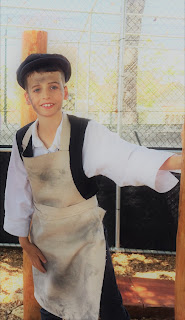 The fabric was purchased to mimic heavy duty canvas for an apron for my son's role as a coal carrier in the school musical (right), and has a synthetic canvas on one side and black felt on the other. It's thick enough to stand by itself. 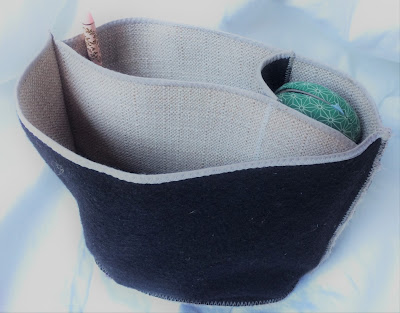 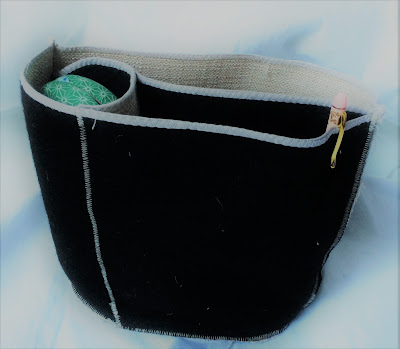 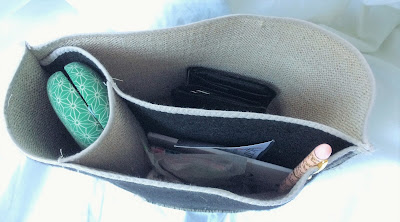 I traced around the bottom of the bag for a pattern for the insert, then simply cut rectangles the height of the bag, and sewed them together with a zig zag stitch to create an insert with 3 compartments. I bound the top of the insert with bias binding (still using my grandmother's stash, last seen in this project. My grandmother is 100 as of a fortnight ago. The saving of these small amounts of bias speaks of the "mend and make do" era. Photos below of grandmother and the bias stash.) 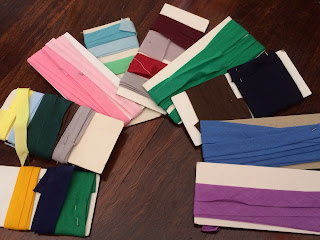 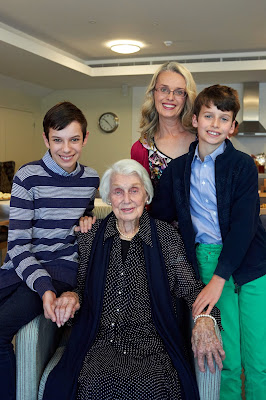 The insert in the bag: 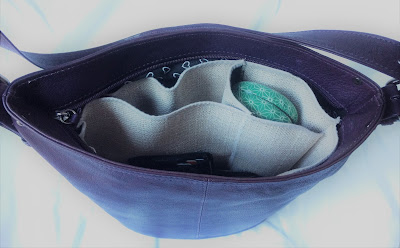 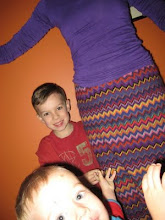 Bronwyn
Perth, WA, Australia
As if trying to find time to make things wasn't bad enough, now I have the added pressure of blogging about it! But it is precisely because finishing any project is such an achievement, I decided to make a record of it.